We have been cooperating with DOPPS for many years, and together we have created many beautiful stories. One of them is the Forest specialists website, which was created as part of the ACF program in Slovenia. It points out that, despite Slovenia’s large forested areas, less than 1% of its old, natural forest has been preserved. What’s more, it can only be found in rare forest reserves. In order to preserve the most endangered forest species of birds that live in such forests, this amount is insufficient. DOPPS wants to start increasing the area of natural forests in Slovenia and thereby take an important step forward in the preservation of valuable forest bird species and the protection of the most threatened components of biotic diversity in our forests.

DOPPS warns that in order to preserve our most endangered forest species of birds, we need to leave more forests to nature. Because of this, they created the Guardians of forest specialists campaign and set themselves the goal of raising 45,000 euros. With this money, they intend to purchase of 10 hectares of forest and leave it to natural development.

The campaign was launched in March. Eight months later, in November, they reached their goal. 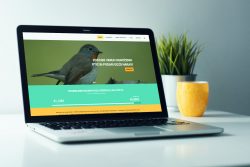 According to the association, more than 1,000 individuals and companies contributed to the purchase of the forest, which will be “returned to nature”.

They want to buy 10 hectares of closed forest in an area where some of the target species of forest specialists are present – the black-legged woodcock, the white-backed woodpecker, the grouse, the little flycatcher and the black stork. If this is not possible, they will buy up to five forest ecocells, which will improve the diversity of forests and provide forest specialists with places for nesting, feeding and shelter. Forest specialists are species that depend on natural forests. Due to the lack of features such as a large amount of dead wood mass, habitat trees and peace, they cannot find a place for themselves in commercial forests. The definition covers not only birds, but also other animal and plant species as well as fungi and lichens. They are called specialists because they are bound exclusively to preserved forests.

DOPPS insists that “the state of the populations of forest specialists is alarming and without such measures to protect them, we may lose them.”

U-centrix thus created a website for the DOPPS campaign that allows contend to be easy added and edited. For the visual image of the website, we used the palette of colors found in the forest and high-resolution photos provided by the association.

When designing the user experience, we focused on the intuitive and clear presentation of the project’s goals and on making the donation process as simple as possible for visitors. The user can always see the notification badge for donations via SMS messages on the website, which is the easiest way to donate. We also enabled visitors to donate via bank transactions, credit cards (via the Stripe system) and PayPal.

We used a modern color palette that matches the colors of the forest, ensured the website is easy to navigate and has a good layout of sections on the website. We created a visual graph on the home page, which, based on the number of current donations, shows how many donations are left until the next goal is reached. On the website, we have also included statements of Slovenian and foreign celebrities, each of whom has also chosen their own “forest specialist”. 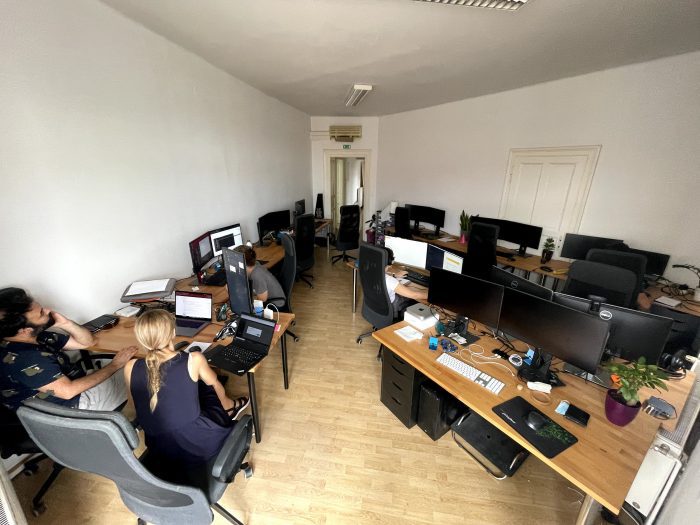 U-centrix is moving to a new location

About half of startups make it past their fifth birthday. When U-centrix blew out its fifth candle, we realized that we needed bigger premises for the further growth of the team. The first step was finding suitable premises, which did not take too long.

The project “Remote damage assessment”, as part of which we developed new functionalities of the digital tool Aestimo, won an excellent 2nd place in the category of innovations at the group meeting of the boards of companies in the GRAWE group!

You can find out more about which cookies we are using or switch them off in settings.

This website uses cookies so that we can provide you with the best user experience possible. Cookie information is stored in your browser and performs functions such as recognising you when you return to our website and helping our team to understand which sections of the website you find most interesting and useful.

This website uses Google Analytics to collect anonymous information such as the number of visitors to the site, and the most popular pages.

Please enable Strictly Necessary Cookies first so that we can save your preferences!